Hey friends, Sara here!Lock down doesnt mean locked in fully! The birds, plants, trees, wind et al are all there, waiting for us.
So in this beautiful section, I will share everything that kids write to me about nature. 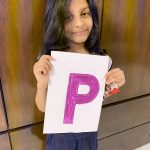 Earlier called Common peafowl, this bird’s name has been changed to Indian  peafowl to show the country of origin. The female and male Indian peafowls are usually called ‘peacocks’ and ‘peahens.’

The adult female is smaller than the adult male and has a shorter tail, an iridescent green neck, and browner plumage and lacks the sweeping train. 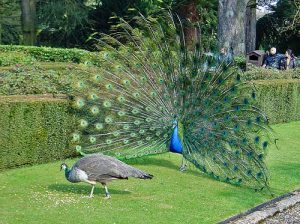 The male Indian Peafowl is the one  we would see dancing.

The dance is by the male to attract females for mating.

A lot of Indian peafowls have been transported to other places of the world for their beautiful plumage and these birds have established populations in places like the US, Hawaiian islands, South Africa, Japan, New Caledonia, New Zealand, and Australia.

Wow, thats really cool, right? If you have any questions to ask or your own writing or artwork on a favourite bird, I will be waiting for you at sara@bookosmia.in. Adios.