My Mom, My Hero

Sometimes we look far and wide for a hero, but they exist very close at hand.  Read this inspiring story of an unlikely hero, by 15 year old Tasmiya Taj, of Excellent English School, Bangalore

My Mom, My Hero

We have lived in Bengaluru for many years. My father runs a small men’s grooming salon. We have made an honest living but some goons in our society were making our lives miserable. Their leader would come into our shop and threaten to kill my father if he did not hand over the shop’s earnings to him.

Being an innocent sort, my father would give him all our money. One day, mother decided she had had enough. She called the leader of the gang and told him “If you want to, then kill us. We are ready to die but stop stealing our money.”

The goon said she, being a woman, should not interfere in a matter between him and her husband. My mother boldly offered to give our house address so he could come kill us as she was confident that Allah knew what was right and what was wrong. The goon started  screaming and everyone heard about the incident. 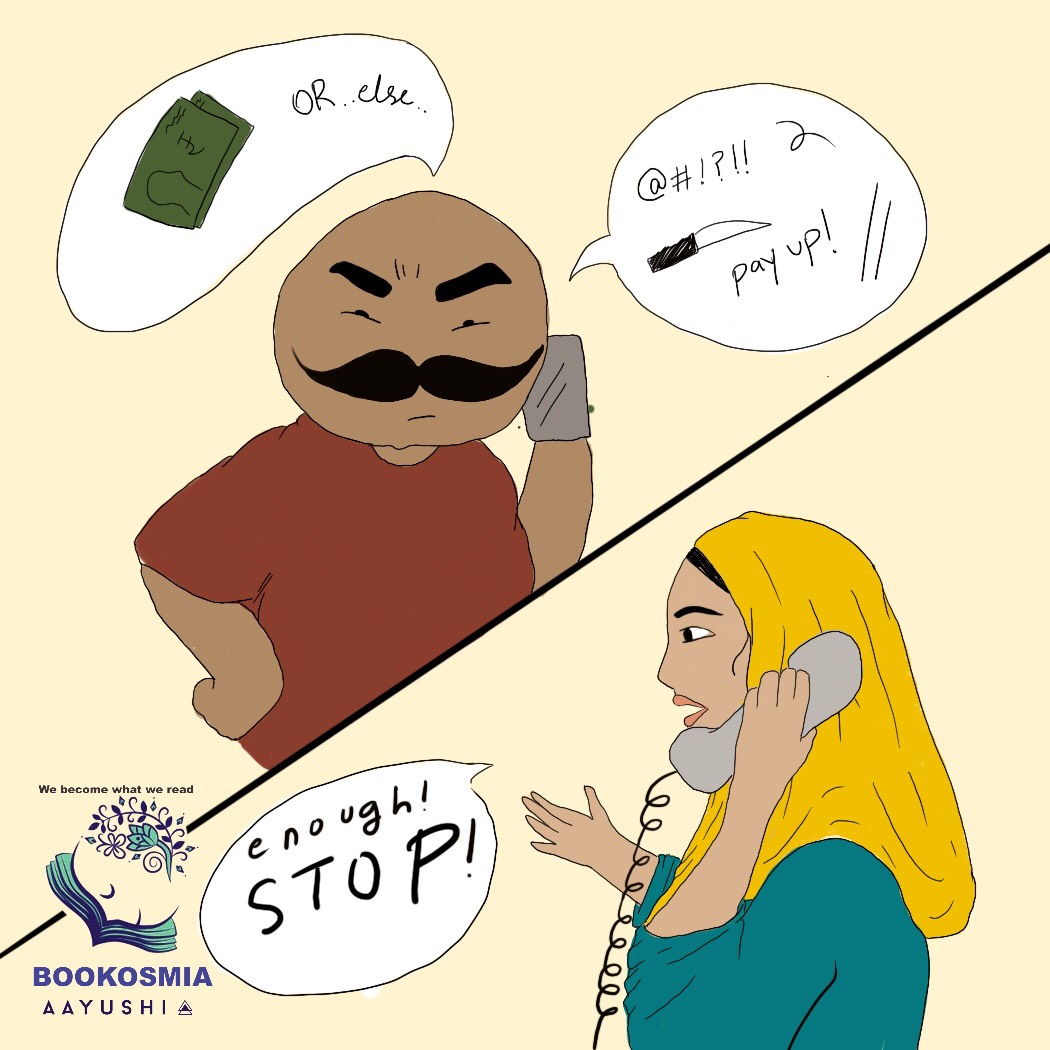 After that, the threats became worse. He threatened to kidnap my father if my mother did not pay him the amount he asked. She refused to pay. At that time, I was in fourth or fifth class and I had two younger siblings too. My mother worried about our safety. She believed the police would be of no help so she approached the head of our mosque one Friday and told him our problem.

The head of the mosque called the goon and told him to keep his hand on the holy book and promise to tell the truth of whether he was troubling our family. The goon kept his hand and said “no.” My mother was shocked that he had lied on God’s name.

Some days later, we got a news. The goon was dead.My family began to live happily again. This was only because of my mother who did not take injustice lying down and had the courage to fight bravely against a bully even though her life was in danger. My mom is the strongest woman in the world and my hero.