Hey everyone! Get ready to meet a new superhero! 7 year old Iniyan Bharathi, a Bookosmian from Chennai, introduces us to her! Tell us about your superhero!
He goes to San Academy, Chennai.

One pleasant evening, two friends, Gattu and Pattu were playing in the park near their house.

Pattu: Yesterday, I saw the Avengers movie. I like all those heroes.

Gattu: I also like them. But I know one real super hero, she is stronger than Iron Man.

Gattu: She has a long shield too like Captain America.

Pattu: What are her superpowers?

Gattu: She can teach, cook, play and work faster than Chitti Robot. She is as strong as Thor’s hammer. 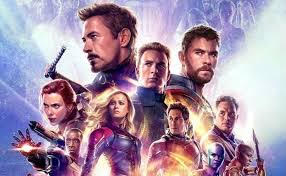 Gattu: But she has one bad habit. When she gets angry, she shouts like Hulk.

Pattu: Oh, my god! Doesn’t she get tired?

Gattu: Obviously, she will get tired. During that time I say magic words ‘I love you’ to her and immediately, she gets power like Shaktimaan.

Suddenly a voice called out, “Gattu, Where are you?”

Gattu told Pattu that’s the superhero. Pattu ran to see her and it was Gattu’s mother!

Hey, your friend Sara here again! Enjoyed reading? Want to get published on this global writing platform and become a Bookosmian?