Diwali is a lovely time of the year, isnt it? For some kids, its not all bright and festive. Read this poignant story by Trisha S, an 8th grade student from Police Public School, Bangalore, which will add another perspective.

Dear Kids, Moms and Dads,Bookosmia means the smell of books and we hope to make children fall in love with reading , writing and everything else around Indian stories. We believe that our little kids are perfectly perfectly capable and deserving of turning into little authors, maybe not with fancy words or perfect spellings but with some brilliant ideas! Submit your own stories to us by mailing them at support@bookosmia.in.And now serving, this wonderful story written by a star author aka Bookosmian. Best enjoyed by a parent and a child with some extra cuddles on the side.Thats how we like ours.Love,Team Bookosmia

On Deepavali day, you love to burst crackers, don’t you? Sparklers, flowerpots, bombs – you always wish there was more to burst. But have you ever thought, where these fire crackers come from or who makes them? Let me tell you a story. 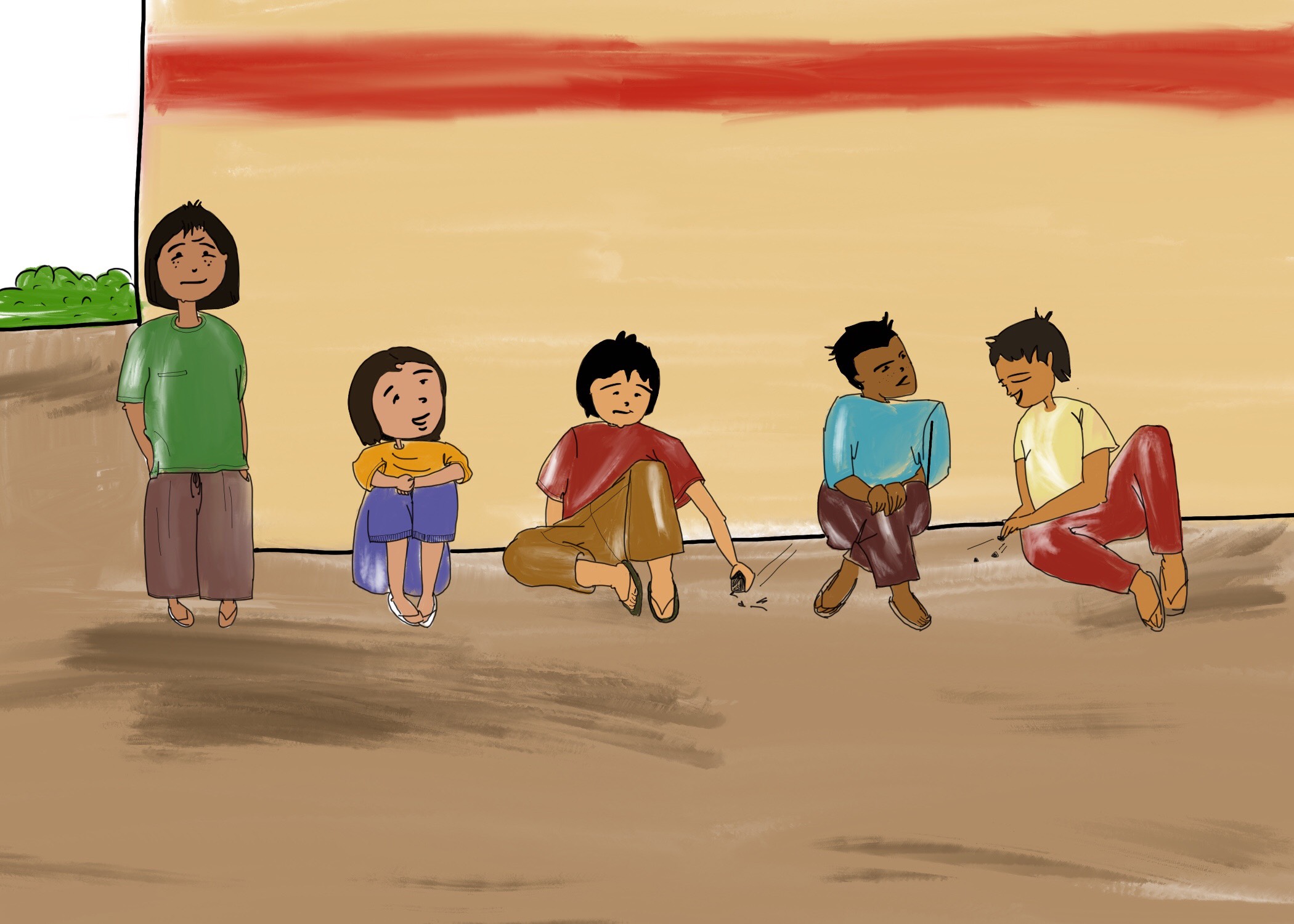 In a small village in Tamil Nadu there was a house. It was actually a jail. In this house, a group of thirty children between the age of 10 to 15, sat next to each other. Their hands were rough, faces and clothes full of gunpowder. They were forced to sit there from morning to night everyday to make firecrackers with their own hands. One of them was Raje. She was the oldest in the group and had been working there since she was 10. Her friend Jaya and she had been arranging matchsticks since morning and they were tired. 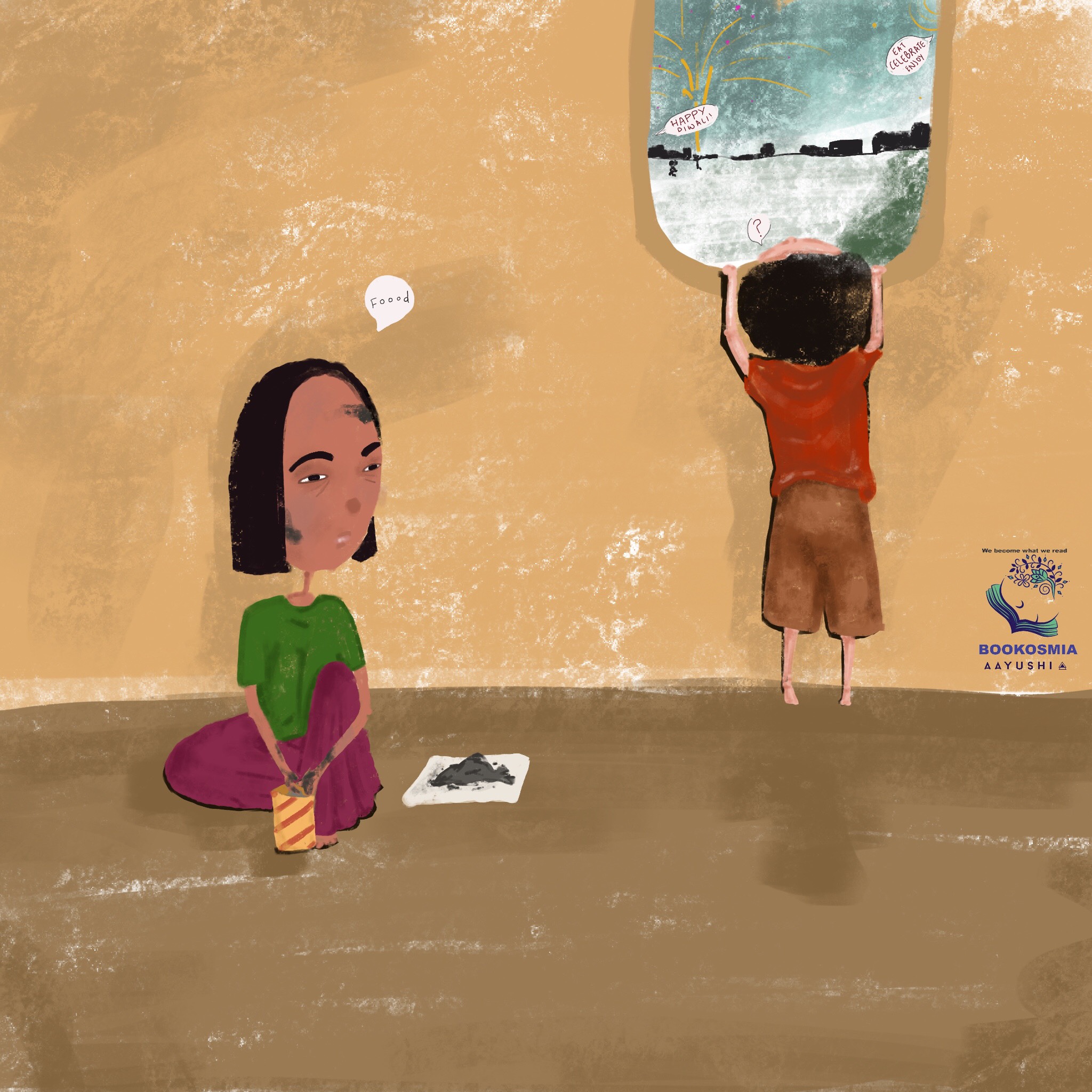 “I am so hungry,” said Jaya. The others also agreed. “What is all this noise?” a loud voice sounded. It was the owner of the factory. “Please sir, give us some food. We have finished making 900 packets, only 100 are remaining,” said Raje. “No!” shouted the owner and said he would not give them one drop of water till they finished all the work. Seeing this, Raje thought of a plan. She called all the children together and told them they were going to trap the mean owner. The children got scared and refused to take part in the plan.  “Shh, listen to me and we will all be able to eat and be free,”said Raje. Hearing the word ‘eat’ brought a little energy to the group.
In the afternoon when the owner was asleep, Raje took his phone, called the police and told them that the owner had forced little kids to work in a dangerous firecracker factory without giving them food or water. Just as she was keeping the phone back, the owner woke up. He picked up his big wooden stick to hit the children. He caught Raje and just as he was about to hit her, the police entered. They grabbed the stick from him and took him away in the police van. The children cheered together. They were free! The police then took them to a hotel and let them enjoy a delicious meal. Reading about their story, some kind people who ran a  children’s orphanage took them to their home and helped them go to school. Without firecrackers, it was the best Deepavalli indeed for Raje and her friends!
Question – Now that you know the firecracker industry employs children heavily, what do you think would be the best way to celebrate Deepavali?

One Reply to “#SaraReads: Story- The firecracker kids”